The x-axis denotes each VAMC ranked from lowest to highest risk-standardized IHD survival, and the y-axis indicates survival rates. The 95% confidence intervals for each hospital’s IHD survival estimate are indicated by the vertical whiskers.
Results
Table 1. The x-axis denotes each VAMC ranked from lowest to highest risk-standardized CHF survival, and the y-axis indicates survival rates. The 95% confidence intervals for each hospital’s CHF survival estimate are indicated by the vertical whiskers.
The overall annual mortality rate in the CHF cohort was 14.5%. Risk-standardized CHF mortality varied across the 138 VAMCs from 11.1% (95% CI, 10.3%-12.1%) at the lowest-mortality VAMC to 18.9% (95% CI, 18.3%-19.5%) at the highest-mortality VAMC (Figure 2; P < .001 for the difference). The lower 95% confidence limit for 35 high-mortality VAMCs exceeded 14.5%, suggesting these VAMCs’ CHF mortality rates were statistically significantly higher than the national mean. Conversely, the 95% upper confidence limit for 37 low-mortality VAMCs also was less than 14.5%, similarly suggesting these VAMCs’ CHF mortality rates were statistically significantly lower than average.
Association of Patient Attribution With Mortality
Risk-standardized mortality between the IHD and CHF cohorts was highly correlated (R2 = 0.70; P < .001), as expected because of the overlapping membership between cohorts. Our method of attributing veterans to VAMCs conceivably could have penalized “hub” VAMCs that received referrals of veterans with advanced disease at the end of life from smaller VAMCs. However, only 2.4% of IHD deaths (n = 5284) and only 2.3% of CHF deaths (n = 3008) occurred during a calendar quarter in which the veteran’s VAMC had been reassigned. These low percentages suggest that our patient-attribution scheme had minimal effect on our results.
VAMC Characteristics and Composite Outcomes Mean composite IHD-CHF standardized survival scores (ie, z scores) were slightly higher in the East (z = 0.51) and Midwest (z = 0.53) Census regions compared to the West (z = −0.29) and South (z = −0.58) regions (P < .001) (Table 2). Conversely, we found no association between a VAMC’s complexity (a VAMC categorization system based on patient volume, patient risk, the number and breadth of physician specialists, and the presence of academic programs) and the composite IHD/CHF standardized survival rate.
Comparisons With Other VA Hospital Quality Measures


There were marked variations in risk-standardized mortality across the nation’s VAMCs among veterans with IHD and among veterans with CHF. This variation could signal important differences in quality of care across the VA health system. Cardiovascular mortality in VAMCs’ chronic cardiovascular disease populations was only modestly associated with hospitals’ posthospitalization 30-day outcomes or with the VA’s 5-star quality ratings system.

Popular posts from this blog

Mediastinal radiation therapy is a commonly used treatment modality for malignancies involving the thorax. First described in the mid-1960s, radiation-induced heart disease is an under-recognized phenomenon associated with considerable morbidity and mortality. Radiation-induced heart disease can manifest as the pathology of the epicardial and endocardial coronary vessels resulting in coronary obstruction, semilunar and atrioventricular valves resulting in stenosis or regurgitation due to valvular fibrosis, myocardium with resultant cardiomyopathy, and conduction system and pericardium with pericardial constriction and inflammation. In this review, we will discuss radiation-induced coronary artery disease (CAD), focusing primarily on incidence, diagnosis, and management.
Historically, Hodgkin's lymphoma and breast cancer treatments have included thoracic radiation therapy, resulting in exposure of cardiac tissues to radiation. Most of our understanding of radiation effects on card…
Read more 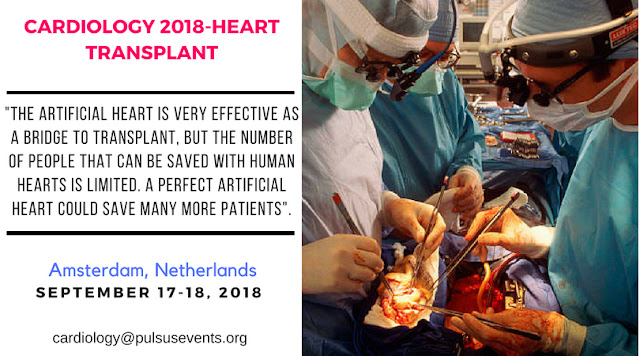 Overview A heart transplant is an operation in which a failing, diseased heart is replaced with a healthier, donor heart. Heart transplant is a treatment that's usually reserved for people who have tried medications or other surgeries, but their conditions haven't sufficiently improved. While a heart transplant is a major operation, your chance of survival is good, with appropriate follow-up care. When faced with a decision about having a heart transplant, know what to expect of the heart transplant process, the surgery itself, potential risks and follow-up care. Why it's done Heart transplants are performed when other treatments for heart problems haven't worked, leading to heart failure. In adults, heart failure can be caused by several conditions, including: A weakening of the heart muscle (cardiomyopathy)Coronary artery diseaseHeart valve diseaseA heart problem you're born with (congenital heart defect)Dangerous recurring abnormal heart rhythms (ventricular arrh…
Read more

Don't miss to join us at the #Global_Congress_on_Cardiology_and_Interventional_Cardiology in #Dubai_UAE !!
Join your peers and lead the successful scientific world at #Cardiology2019 Register today: https://lnkd.in/fbyVsTc